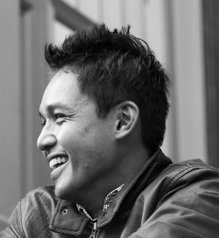 Ruane Center for the Humanities 126

I am a historian of twentieth century United States interested in American social and cultural history, the Philippine-American relationship, food studies, and immigration history. My forthcoming book Taste of Control: Food and the Filipino Colonial Mentality Under American Rule, focuses on the American efforts to transform the nutrition, diet, and commodity consumption in the Philippines from the Spanish American War until Philippine independence. It examines the application of American Progressive ideas in the Philippine Islands and the legacy of American governance in the Philippine colonial mentality. The book is coming out in July 2020 under Rutgers University Press.

Orquiza, R. (2014) Home cooking as diplomacy: The Poor Man’s Cookbook and its role in Philippine-American relations. Center for Art and Thought.(Spring 2014),