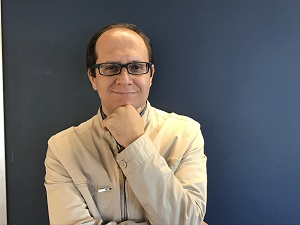 Ruane Center for the Humanities 136

I received my doctorate from the Ohio State University in 2013. I study Ottoman intellectual, cultural, and social history in the early modern period. My dissertation entitled “The Appropriation of Islamic History and Ahl-al-Baytism in the Ottoman Empire, 1300-1650” examines select Ottoman historians and litterateurs’ views of early Islamic history and succession struggle. My study demonstrates that despite the conventional view of the Ottomans as militant Sunnis, in the cultural and intellectual scenes, they showed a wide spectrum of beliefs and convictions, which were often at odds with the official Sunnism. An article on this subject recently appeared in the Journal of the Economic and Social History of the Orient (60/5) 2017. I am currently editing a book entitled Ottoman Sunnism: New Perspectives. Besides these works, I have written chapters in collected volumes and book reviews, some of which will be published within the next year.

Erginbas, V. (2017) Problematizing Ottoman Sunnism: Appropriation of Islamic History and Ahl al-Baytism in Ottoman Literary and Historical Writing in the Sixteenth Century. Journal of Economic and Social History of the Orient.(60), 614-646.

Erginbas, V. Rethinking Nationalism, Sectarianism and Ethno-Religious Mobilisation in the Middle East . University of Oxford, Oxford, England - "Bridging the Sunni-Shi‘ite Divide: A Historical Look at the Appropriation of the Twelve Imams in the Ottoman Empire" January, 2018