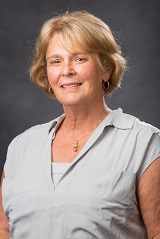 Ruane Center for the Humanities 118

Manchester, M. (2019) Puritan Families and Community in the English Atlantic World: Being A Family “Much Afflicted with Conscience” . London and New York: Taylor and Francis

Manchester, M. It might be a losing game … but there was still a chance that we could win--The Corporate Cold War in Hungary:  ITT and the Vogeler/Sanders Case Reconsidered. Journal of Cold War History.(forthcoming),

Manchester, M. British International History Group. University of Edinburgh, Edinburgh, Scotland - "“It might be a losing game, but there was still a chance that we could win”: The Vogeler/Sanders Spy Trial and the Limits of Anglo-American Options behind the Iron Curtain in the Early Years of the Cold War”" September, 2016